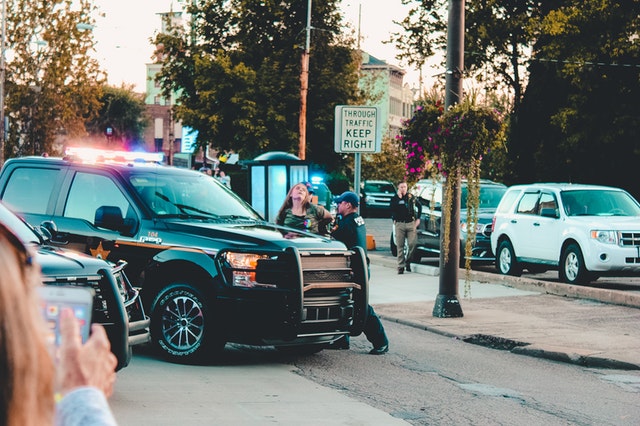 RALEIGH, N.C. – A woman staged her own kidnapping to steal a truck and led cops on a wild chase throughout the state.

According to the Randolph County Sheriff’s Office, Virginia Saavedra, 37, approached a man at his Sophia home on Wednesday. Then, she told him she had just escaped a kidnapping attempt from a man she didn’t know.

As a result, he allowed Saavedra to sit in his truck while she warmed up and called the police. However, as the man dialed 911, she took off in the truck.

Moreover, as he was on the phone, deputies saw the stolen vehicle moving toward Archdale and tried to stop it.

Consequently, Saavedra bolted and led cops on a 26-mile chase that moved onto Interstate 85 in Davidson County.

Then, she made a U-turn on the interstate and began driving north in the southbound lane.

However, deputies were able to corner Saavedra on the grassy shoulder, leaving her nowhere to go.

When officers tried to arrest her, she reversed the truck and rammed a police car. In addition to this, she tried to flee, but was apprehended.

Upon Saavedra’s arrest, she gave deputies a fake name. But, once in jail, she was correctly identified by detention officers.

According to authorities, Saavedra was charged with the following:

Additional charges are coming, according to the Sheriff’s Office. Saavedra was held at the Randolph County Detention Center under a $150,000 bond “with Electronic House Arrest.”

Pedestrian Killed on I-540 WB