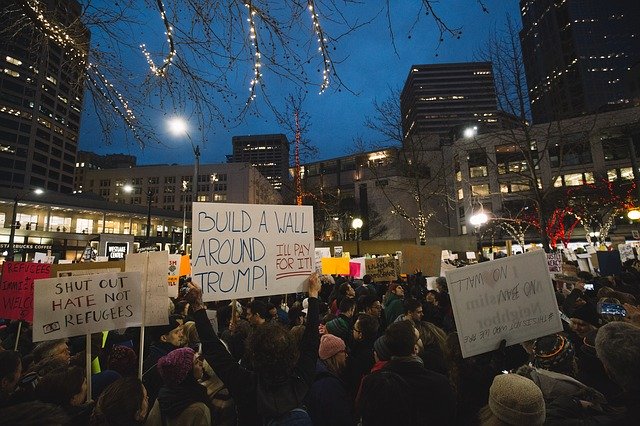 More than an hour before the event began, protestors gathered. Students could be heard declaring their disdain for the event. Further adding that it is not what they believe in, nor what the campus represents.

Therefore, students took over the lobby of the student union to voice their feelings.

N.C. State junior Jarrell Patterson stated his intention for the protest, which was to stand up for what truly matters. Also, stating that they were there to speak out against hate. A sentiment many of the student body share.

Furthermore, it should be noted that N.C. State did not sponsor the even known as Culture War. Instead, it was funded by a student chapter of Turning Point USA.

Apart from this, Abigail Dickson, also a student stated that none of them agreed with the event in the first place. She also expressed the importance of banning together to send a clear message.

Still, more than 1,200 people lined up to attend the event. However, cameras were not allowed in.

On the other hand, there were students who attended just to hear what they had to say. N.C. State student Martin Smith believed he could receive information that might better himself or impact his political views.

Whereas others lagged in the middle, not really having an opinion for either side.

However, tensions intensified after a disturbing video revealed Jack Bishop, Congressman Dan Bishop’s son being assaulted by the Young Democratic Socialists of America club. According to Bishop, he was attacked in the “Freedom Expression Tunnel” for promoting the event. The university has opened an investigation.