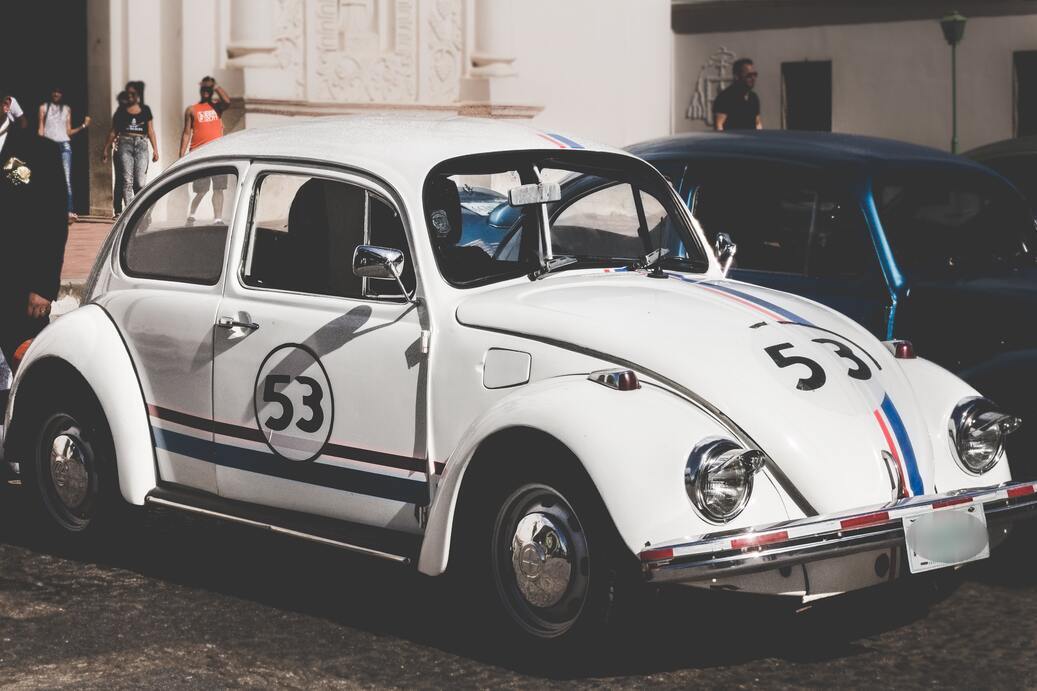 For as long as anyone can remember, every movie has been a mode of transportation, away from the harsh realties of life as it would transport you to a new world, with exciting characters and dangerous plot lines. And what a thrill that would be for anybody. The very thought of taking a ride for an hour and a half in someone else’s shoes is legendary in itself. Yet, one element that always makes moviegoing fun has to do in particular with the automobiles. Cars in movies are able to complete death-defying stunts, high-speed chases, or in the case of the Fast and Furious franchise… Both!

Starting off at Mile 10… Volkswagen Beetle from Herbie

The original lovebug was a delight of a movie, as the car in particular had an anthropomorphic quality to which I particularly enjoyed. Whether you’re watching the classic or the Lindsay Lohan sequel, you’re sure to enjoy this quirky car with the whole family.

Transformers definitely changed the way the general public viewed autobots — I mean — automobiles with awe-inspiring, Michael Bay-like technology morphing the vehicles into alien superheroes. And the lovable Bumblebee is no exception. Just watch how smooth his transitions are.

Back To The Future gave the 1980s the sense of adventure it needed, as the future was looking bleak without it. And in what better catalyst than a souped-up DMC DeLorean? Equipped with a flux capacitator, the DeLorean inspired a whole new interest in time-travel that sparked joy in movie audiences of then and now.

Sorry I can’t think of a funny tie-in for this one but this movie is all grit and no jokes. Even the Joker is terrifying. One redeeming quality for the soft-of-heart is that The Dark Knight shows off a new and improved ride for the caped crusader. This car actually does all the stunts seen in the Christopher Nolan film, so that evildoers are reminded, that real crimes come with real car chases.

In that climatic finale, where a young Dustin Hoffman realizes the blunder he’s made and races against time, and the odds, to stop a seemingly-shotgun wedding, the actor races across the Interstate in an Alfa Romeo only the powerful and wealthy could’ve gotten away with driving so fast at the time without any trouble to occur to them. Because that happens in real life! Sure!

Speed Racer and His Movie-Ready Mach 5!

Move over Matrix! This is my favorite film of the Wachowskis! The adaptation of the popular anime takes you on a thrill ride like no one has ever seen before. And the Mach 5 in the movie certainly stands-out as the biggest star, despite the efforts of John Goodman and Christina Ricci.

Harry and Lloyd’s outrageous adventures can only be accompanied by an outrageous machine. And what better than Harry Dunne’s Dog-themed Ford Econoline? The Pet-Grooming Machine had the friendliest disposition you could ever see on camera.

Ferris Bueller’s Day Off was certainly a landmark film in displaying the intelligence of youth back in the day. And who could forget the all-too-familiar relatability that came with nabbing Cameron Frye’s dad’s Ferrari 250 California Spider? Wouldn’t you have liked to be those freeloading valet drivers and take it out for a spin?

Such a beautiful, yet crass, pickup truck helps Uma Thurman escape the hospital on her quest of vengeance. This… “Wagon” allows for the film to kick it up a gear with all the torque a Quentin Tarantino movie can give you in an action-packed blockbuster experience.

All Thunderbirds Go!… Appreciate The Fab 1

Okay, it looks very feminine, but I assure you, this futuristic vehicle came packed with a load of weapons. Three mini-guns, two heat-seeking missile launchers and a couple of torpedo tubes. Not to mention a luxurious-retro cockpit. It’s not everyone’s cup of tea, but it certainly left marks on the streets.

So when you go to the cinema, think about what your favorite movie car means to you. And maybe, just maybe, you’ll end up driving the next big auto into your garage tomorrow.