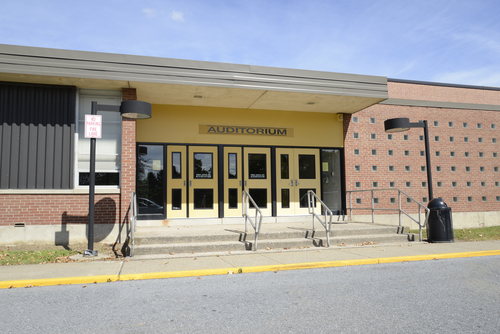 An innovative new Wake County school that will comprise a YMCA facility may not be called Southeast Raleigh Elementary because of the concern that the name could defame the school.

The Wake County school board had been set earlier this month to accept Southeast Raleigh Elementary since the name of a new school on Rock Quarry Road in Raleigh.

The school which is set to open in 2019, is part of a project intended to assist revitalize Southeast Raleigh, a mainly African-American and low-income community.

But the school board is planned to vote Tuesday to name the school “Beacon Promise Elementary”.

The name switch comes at the request of Keith Sutton school board member, whose district represents Southeast Raleigh. Sutton said that some in the community are concerned about the “possible stigmatization” of the school if it were to bear the “Southeast Raleigh nomenclature.”

At last week’s school board facilities committee meeting Sutton said “I personally don’t necessarily see the negative connotation, but in listening to some folks and having the conversations, there are some that feel that way and that will hinder the potential of the school. I’m trying to be as representative and as sensitive as possible to both sides of what I’m hearing.”

The executive director of Southeast Raleigh Promise, Kia Baker said “The Beacon Promise Elementary name certainly presents the imagery that you want to open the school with and that we want to sustain through the life of the school and this overall initiative. The community group formed to oversee the project.”

“Like Keith, I don’t have personally any objection or feeling that there is a sense of negativity around Southeast Raleigh. I’m a proud native of Southeast Raleigh.”
School and YMCA of the Triangle leaders hope the United project will be so effective that people will think more positively about Southeast Raleigh. Test scores of students living in the community are below the district average.

The new school will target the six U.S. census tracts in Southeast Raleigh with the highest needs as part of an effort to improve educational outcomes.
In addition, Baker said: “The name of a school is very important. It sends an important message. But what’s most important is what we do in the school.”

Truck Drivers Are In Need!