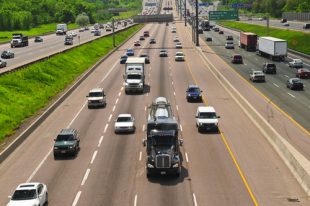 RALEIGH, North Carolina — Southbound Capital Boulevard will be closed just north of downtown Raleigh this weekend, so contractors for N.C. Department of Transportation can repave a rough patch of the road.

The southbound lanes will be closed just south of Wade Avenue starting at 9 p.m. Friday and may not open until 6 a.m. Monday.

Southbound traffic will be detoured to Dortch and North West streets down to Peace Street, where drivers can get back on Capital. Drivers headed east on Wade Avenue can avoid the Dortch Street part of the detour by turning on to North West Street before they reach Capital.

Police will be directing traffic but funneling two busy two-lane roads onto a single one-lane street will surely slow things down. Drivers may want to consider an alternative route into downtown Raleigh.

The repaving work is part of a larger project to redo a one-mile stretch of Capital and replace 2 bridges: The Wade Avenue bridge over Capital and the Capital bridge over Peace. According to the weather conditions, paving work will be suspended.