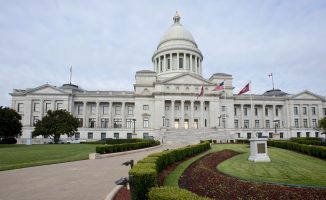 Russell Walker, the Republican candidate, has a website that nobody knew belonged to him. The website is called ‘Christ Descended from Joseph’ and has disturbing information.

They want to support a candidate that “better reflect the values of [their] party.”

The majority of the essays and blogs have been written by Russell Walker.

In one of his writings, he states, “[Someone] has to be supreme and that group is the whites of the world.” He continues to claim that Jewish people “all descend from Satan.”

Multiple reasoning led the Southern Poverty Law Center to prove that the website belongs to Walker. They found that he is the only person who follows the website’s Facebook page. The Highlands Newspaper also claimed that they have seen him carrying signs that read “God is racist.”

In one of his writings, Walker’s argument of being a racist is that “God is racist and a white supremacist.”

He was asked to comment on the situation yesterday, however, he did not respond to anything. Walker had registered the domain of his website privately so it would not be obvious that it belongs to him. He filed a lawsuit against Hoke County News-Journal newspaper for rejecting to print his letters that he had sent to the editor.

Because of his actions, he has lost the right to be a Republican Candidate for North Carolina House District 48.

Rocky Mount City Council Voted for New Law: What About the Truckers?