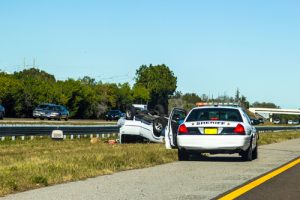 RALEIGH, North Carolina — A mother and child were injured Tuesday in what appeared to be a freak accident with their own vehicle, Police Department of Raleigh said.

The accident took place at about 2:30 p.m. on Brockton Drive. Police told that the SUV was in the park with both drivers-side doors open when the woman reached in to turn the key in the ignition.

Somehow, the vehicle began to move backward and struck the woman, who fell, hitting her head. The child was run over.

Both were taken to WakeMed. The injuries are appeared to be non-life-threatening.

Woman Thrown Out of Car and Shot in Fuquay-Varina, N.C.