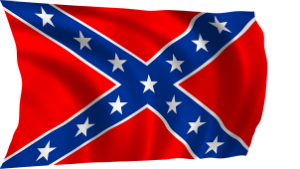 RALEIGH, NC – State Capitol Police arrested a Raleigh man after he placed hoods on a Confederate monument in downtown Raleigh.

According to court documents, Jonathan Alan was arrested Monday morning and charged with misdemeanor littering of not greater than fifteen pounds.

The documents detail how Williams used white bed sheets to create the KKK hoods. He then arranged them on a Confederate monument directly on the Capitol grounds.

It’s no coincidence that vandalism to the statue was discovered after opposing groups squared off in the area on Saturday. Those who support the Confederacy demonstrated their approval of its legacy. On the other hand, protestors against this same history were out in full-force to register their disgust at the Confederacy, saying people who recognize it are supporting racism and fascism.

This incident is just the most recent in a spate of them involving Confederate statues. In August 2017, a statue in Durham, North Carolina was knocked down by riled up protestors. About a year later the “Silent Sam” statue on UNC’s Campus was also dismantled in a similar show of public outrage.

Williams, the accused in this case, is set to be in court on April 8.