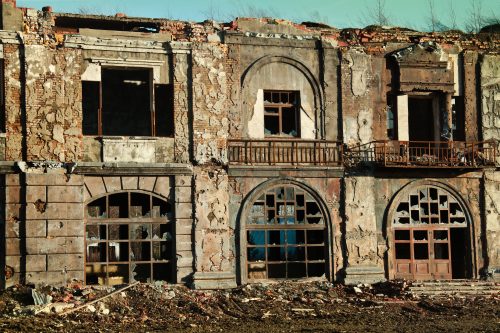 The state is running a “homeless hotel’’ in downtown Raleigh, lawmaker says.

State government is responsible for a rundown Raleigh building that’s been vacant since the 1980s. One state senator says it’s an example of poor-estate management.

The senator Andy Wells, A Catawba County Republican, recently wrote a blog about a one-story, boarded-up building that sits behind the old Revenue Building on West Morgan Street.

Wells wrote that people sometimes sleep on the window ledge of the building and that the area smells urine. Wells describes it as a ‘’rundown building/homeless hotel/public restroom’’.
He also added that being less than a block from the Governor’s office would motivate someone in state government to fix the problem. Even though there were complains for years to administrations of both parties, nothing has changed.

Nan Sanseverino, the Department of Administration’s spokesman said that the property 114 W. Morgan St. property was purchased by the State in the early 1980s.
The store was leased by the Restaurant called JC’s Luncheonette, but the lease expired in October 1985.

The one-story, small building was never used. And there is no plan to utilize the space. The building needs renovations, of which there is not adequate money within the R&R budget for.

Wells believes the building should not be left empty. The new system should be created for dealing with real-estate matters around state government.

The program Evaluation Oversight Committee recommended a study bill to review the state-owned property in downtown Raleigh. Wells says he will continue the issue, and he supports moving some state agencies’ offices to leased space outside downtown Raleigh.

As an example, he mentioned the state treasurer’s office, which moved from downtown to Atlantic Avenue just outside the Interstate 440 Beltline. This area is better for employees since they don’t have to walk blocks from their parking spaces.

Some little improvements to the property have been made recently. The doors and windows were boarded up on July 5, 2018, to ensure secure structure, increase safety for the passerby and neighboring businesses.

Raleigh: a Destination for Giant Companies