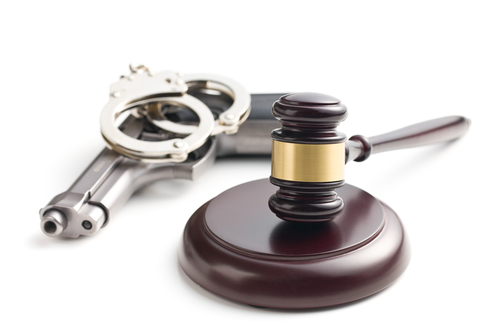 judge's gavel and handgun with handcuffs on white background

A North Carolina woman was sentenced to life in prison without parole for killing her divorced husband’s co-worker in a jealous rage because she mistakenly thought the woman was having an affair with him, PEOPLE confirms.

On Wednesday, Marlene Johnson, 66, collapsed after a jury in Rowan County found her guilty of first-degree murder in the 2013 stabbing death of Shirley Pierce, 62, according to a report.

Johnson maintained her innocence even after the guilty verdict was read.

“I disagree with the jury’s decision,” she said in court, according to a local station.

“I am innocent. I was never there. I would never hurt anybody. I would not have killed Shirley Pierce.”

Judge Stuart Albright responded by saying that DNA evidence found at the scene “squarely contradicts everything that you just said,” the Salisbury Post reports.

After handing down her life sentence without parole, the judge then said to her, “Ma’am, you will die in prison. That is my order.”

Johnson reportedly killed Pierce because she mistakenly believed she was having an affair with her divorced husband, Ervin Johnson.

According to the trial testimony, Johnson had harassed and stalked Pierce before the murder.

Before she died, Pierce had obtained multiple restraining orders against Johnson, the Post reports. Investigators who searched Johnson’s home and vehicle found surveillance photos of Pierce at her home and at work.

On July 23, 2013, Pierce’s fiancé, Chuck Reeves, found her stabbed to death inside her home. She had been stabbed once in the neck. Her only daughter, Tracy Pierce Brown, talked about the impact her mother’s death had on her.

“She was everything to me,” Brown said.

Calls to Johnson’s attorney for comment were not immediately returned and it is not clear if she intends to appeal.

Beyond Zero: A Rename Of Toyota Electric Vehicles From The Future