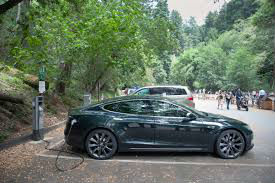 One of the perks of being a hybrid car or truck owner is set to go away soon in North Carolina. That’s right. A bill recently approved by a Senate Committee would eliminate some of the savings gets by driving a non-gas guzzling vehicle. The bill would force owners of electric cars and trucks to pay an annual registration fee to make up for the gas taxes they are saving on by driving a battery powered car.

Moreover, the bill would double the registration fee owners of 100 percent electric powered vehicles already pay instead of gas taxes. Consequently, the electric vehicle fee would rise to $275. That number exceeds any of the other states with a similar charge.

The bill, #446, was put forth by Jim Davis and Tom McInnis, Republicans who spearhead the transportation and appropriations committees. The bill’s intention is to help make up for the diminishing revenue produced by the fuels tax. This tax has severely declined as the gas mileage of cars and trucks has dramatically improved, or doesn’t come into play at all.

According to Davis, electric vehicle owners don’t pay any gas tax, yet, they use the roads. He maintains that this is a way everybody can contribute equally to the gas tax revenue. The gas tax produces about $2 billion for the North Carolina Department of Transportation. This equals 40% of their annual revenue.

The annual fee that electric car owners would pay would increase each subsequent year and the actual number would be based on the rate of inflation. It would start at $87.50 per year.

An attorney for the carmaker, Tesla, says he understands the point of the bill. H, he’s concerned about the dramatic projected year to year increase. Plus, it seems to discourage people from buying eco-friendly cars.

Only time will tell if the fee impacts overall sales of electric vehicles. What do you guys think of the bill? Is it fair? Reach out to us at Raleigh Auto Transport with what you think!