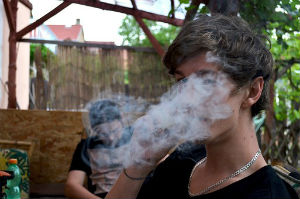 As weed becomes more and more mainstream, is rising in the trucking industry about how it’s impacting business. Legal weed is virtually everywhere nowadays, so it’s getting hard to ignore. The trucking world is hoping for more research on the drug’s relationship to crashes.

Trucking as a whole feels there’s a need for improved law-enforcement tools. Additionally, they need more training to identify impaired-driver use of the drug. With the upturn in the drug’s usage, there’s yet to be a discernible increase in truck drivers testing positive. However, with more people out on the road with legal weed in their system, cannabis-impaired driving is rapidly becoming a hot-button issue for trucking.

The Spread of Legal Weed Has Implications for the Trucking Industry

Marijuana, which for many decades, was illegal is now authorized for medical use in 33 states, starting in Colorado. Meanwhile, ten states and the District of Columbia have legalized it for recreational use. Even still, marijuana still remains illegal for truck and bus drivers. It’s a strict violation of Federal Motor Carrier Safety Administration regulations.

The American Transport Research Institution suggests that weed impairment will become a greater problem. As the drug’s legal use spreads across the country, more drivers will likely use it.

ATRI President Rebecca Brewster noted that “regardless of how you feel about the legalization of marijuana, it is going to have a resulting safety impact.” She went on to say that they wanted to get ahead of the issue to identify challenges and offer recommendations to improve roadway safety. Consequently, the institution has been digging into the issue since last fall.

One of the biggest issues in dealing with the problem of marijuana-impaired driving is the lack of tools to identify it. With alcohol, there are ways law enforcement can accurately pinpoint intoxication. No similar methods are now available for weed. The testing doesn’t accurately gauge impairment.