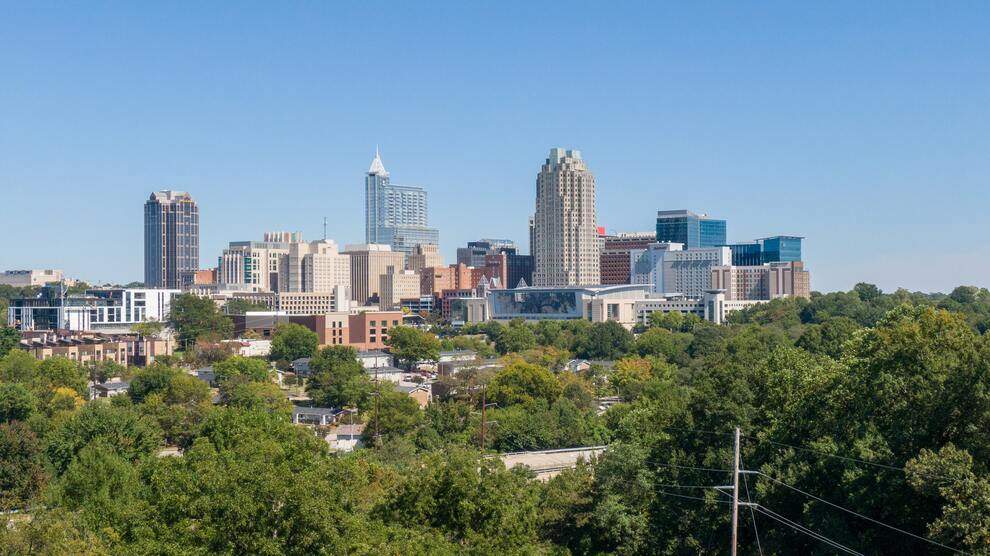 As Raleigh continues to grow, it needs more transit options.

The Raleigh area continues to receive significant federal investment in its transit projects in 2022. Last week, the Federal Transit Administration (FTA) announced a round of grants that included an investment in a new Raleigh bus line. The Raleigh line will get $35 million from the FTA’s Capital Investment Grants (CIG) program.

The FTA grants are aimed at improving service and sustainability in urban transit systems across the country. Along with the Raleigh grant, the FTA also gave Memphis $76 million for an operations and maintenance facility and Atlanta $19 million to buy up electric buses. The Bipartisan Infrastructure Law is funding all three grants.

The name of this bus project is the Wake Bus Rapid Transit, or Wake BRT, New Bern Avenue Project. The New Bern Avenue Project will connect the downtown GoRaleigh station with WakeMed and the Wilders Grove neighborhood. Its eastern terminus will be at New Hope Road. Ten new bus stations and seven new vehicles will be added to Raleigh’s public transit fleet as a result of the project.

Grants from the FTA and USDOT will help Raleigh realize its transit goals.

The FTA grant is not the only federal grant that Raleigh’s public transit has received in recent months. Earlier this summer, Raleigh got a grant of $58 million to assist in the construction of a rail line connecting the city to Richmond, VA. Between the two grants, it is clear that city and state officials are making mobility in the region a priority.

It is easy to see why officials would want to improve mobility in and around Raleigh. Raleigh grew by an estimated 23% from 2010 to 2022. This makes Raleigh one of the fastest growing metro areas in the country. With this impressive increase in residents, it is no wonder why mobility is such a concern. If Raleigh-area officials don’t address this rapidly growing metropolis now, its traffic and infrastructure could suffer mightily in the near future. Luckily, they seem to have the future in mind.