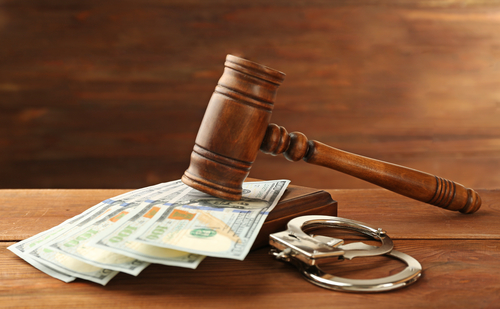 Laura Riddick was booked on six counts of Embezzlement by a Public Official.

Laura Riddick walked into the Wake County Detention Center at about 7:30 a.m. with her husband Matthew Eisley, a former reporter, columnist and editor at The News & Observer, and her attorney Joe Zeszotarski. Eisley kissed Riddick before she was ushered off to have fingerprints and a mug shot made.

Riddick was also ordered to surrender her passport to Wake Clerk of Court.

She is one of four people indicted for allegedly stealing from the Wake County Register of Deeds office.

Originally, the hundreds of thousands of dollars in question were thought to have gone missing over a two-year period; however, records now indicate that the incidents date back to 2010.

According to records released Tuesday, Riddick was indicted on six counts of embezzlement.

Veronica Gearon, the former Wake County Register of Deeds recording supervisor who has been indicted on six counts of embezzling, is said to have taken more than $80,000 since 2011.

Wake County District Attorney, Lorrin Freeman, said Riddick is the one who could serve jail time.

In 2016, Riddick stepped down from the position, citing health reasons.

At the time, County Manager Jim Hartmann stressed her departure was not related to the investigation, but public records are placing Riddick at the center of cash management disagreements within her office dating back several years.

Prostituting of 17-Year –Old and Woman by a Man: Charges By Police