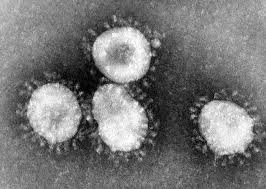 Amid concerns over the spread of the novel Chinese coronavirus, the Triangle Area Chinese American Society opted to cancel their Chinese New Year event.

Scheduled for Saturday, the group planned to hold festivities at Dorton Arena in the North Carolina State Fairgrounds. However, growing concern among vendors and performers presented the group with an unfavorable choice.

As a result, they decided, for the safety of those setting up the event as well as those attending, to cancel.

The cancellation is the second event to amend plans as a result of the outbreak. It began when Chinese residents of the central Chinese province of Wuhan became infected at a local seafood market. Though it started relatively isolated, the virus quickly spread throughout the region. Eventually, cases appeared overseas, the first in America occurring in Washington state.

While only 5 cases have occurred in the United States, health officials remain vigilant. Initially, 5 airports screened those coming from the affected region for the virus. Now, the Center for Disease Control and Prevention plans to expand that number to 20.

The CDC ruled out other potential infections in the US, citing 32 in which patients tested negative for the coronavirus.

Researchers struggle to identify key aspects of the coronavirus. For example, they still don’t know its incubation period, a vital piece of information to determine the full threat of its spread.

The event cancellations come as the latest in a string of precautionary efforts to stem the spread of the outbreak.