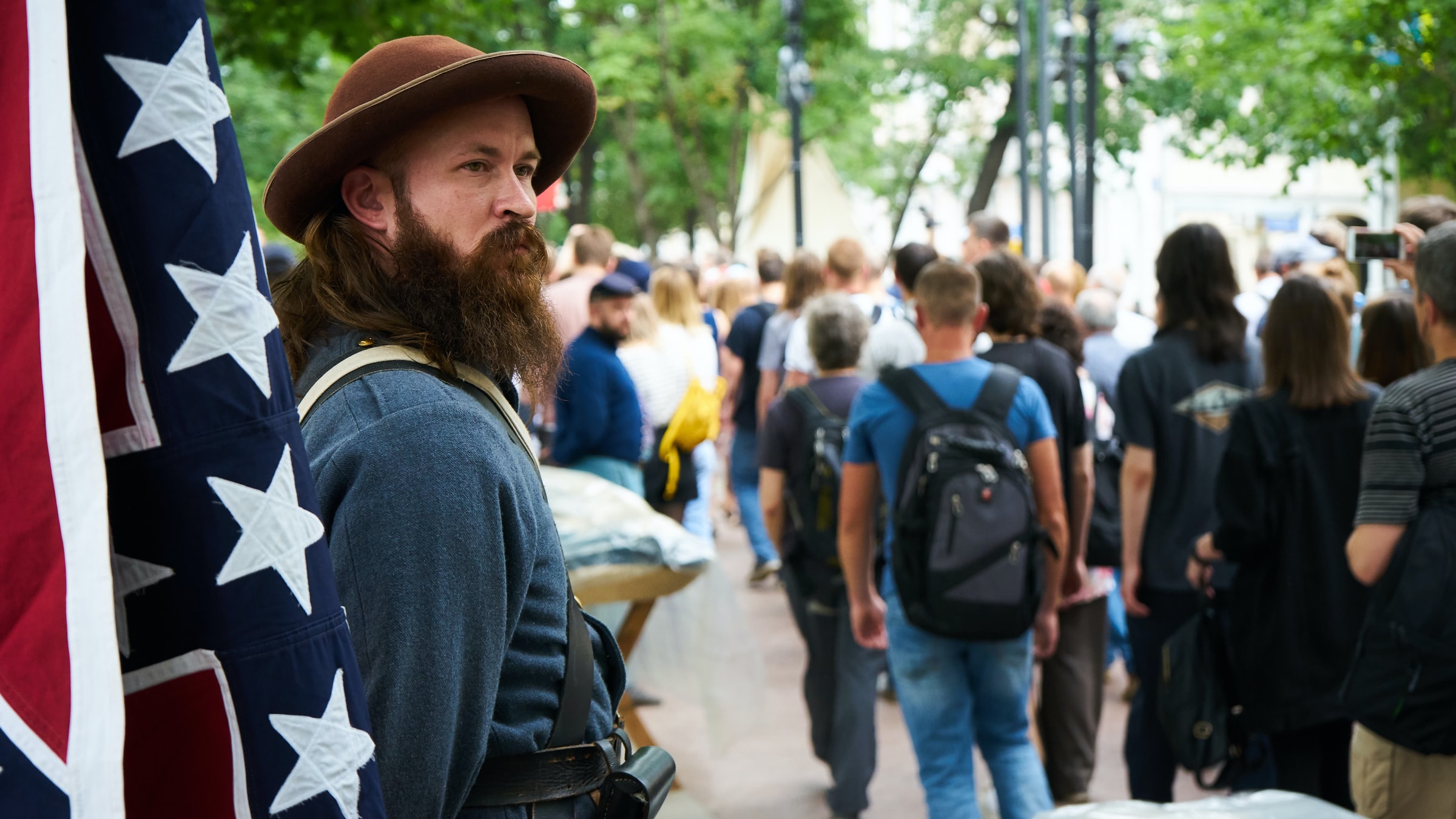 Confederate Veterans of Old North State are suing the state Department of Transportation over its decision to stop issuing or renewing license plates showing the Confederate battle flag.

N.C. Sons of Confederate organization says this move discriminates against its members who pay for a specific license plate bearing the group’s logo. It consists of an image of the red banner with crossed blue stripes flecked with stars.

More than 2,500 of the group’s specialty plates were in circulation at the start of the year. This according to the Division of Motor Vehicles. This was when people go to renew their licenses this year.

The DMV is notifying the people that they cannot keep the plate with the Confederate emblem, said spokesman Steve Abbott. In fact, they are offered a standard plate or a different specialty plate, Abbott said.

The commander of the state Sons of Confederate Veterans, R. Kevin Stone says the battle flag is not offensive to everyone.

Stone wrote in a statement released on Monday proudly exalting the virtues of the flag by saying: “The Confederate Battle Flag is a symbol of our heritage.” “In fact, symbols can many times have more than one meaning. Therefore, to just assume the Confederate Battle Flag is specifically offensive is to validate only one viewpoint out there. Moreover, not discriminate against others.”

The NCDOT Said They Worked with N.C. Sons of Confederate Organization

When it came to dealing with the NCDOT, Stone accused them of dealing in bad faith with his organization. However, in January, the department said they did work with the group to create artwork for its specialty plate that didn’t contain the Confederate flag.

Moreover, until January, Stone said NCDOT had not “contacted me regarding any change in our organization’s official logo.” In fact, this is when it had already decided to stop issuing or renewing the plates.

The DMV spokesman, Abbott, said, in fact, NCDOT does not comment on ongoing litigation. The lawsuit was filed in Lee County Superior Court.

Right now, the DMV offers more than 100 specialty license plates that let drivers show their support to many causes, institutions, and sports teams.

The DMV offers more than 100 specialty license plates that let drivers show their support for various causes, institutions, and sports teams. Several of them contain logos or other specific images. These plates cost more than standard ones. Moreover, part of the proceeds goes to support the sponsoring organization.