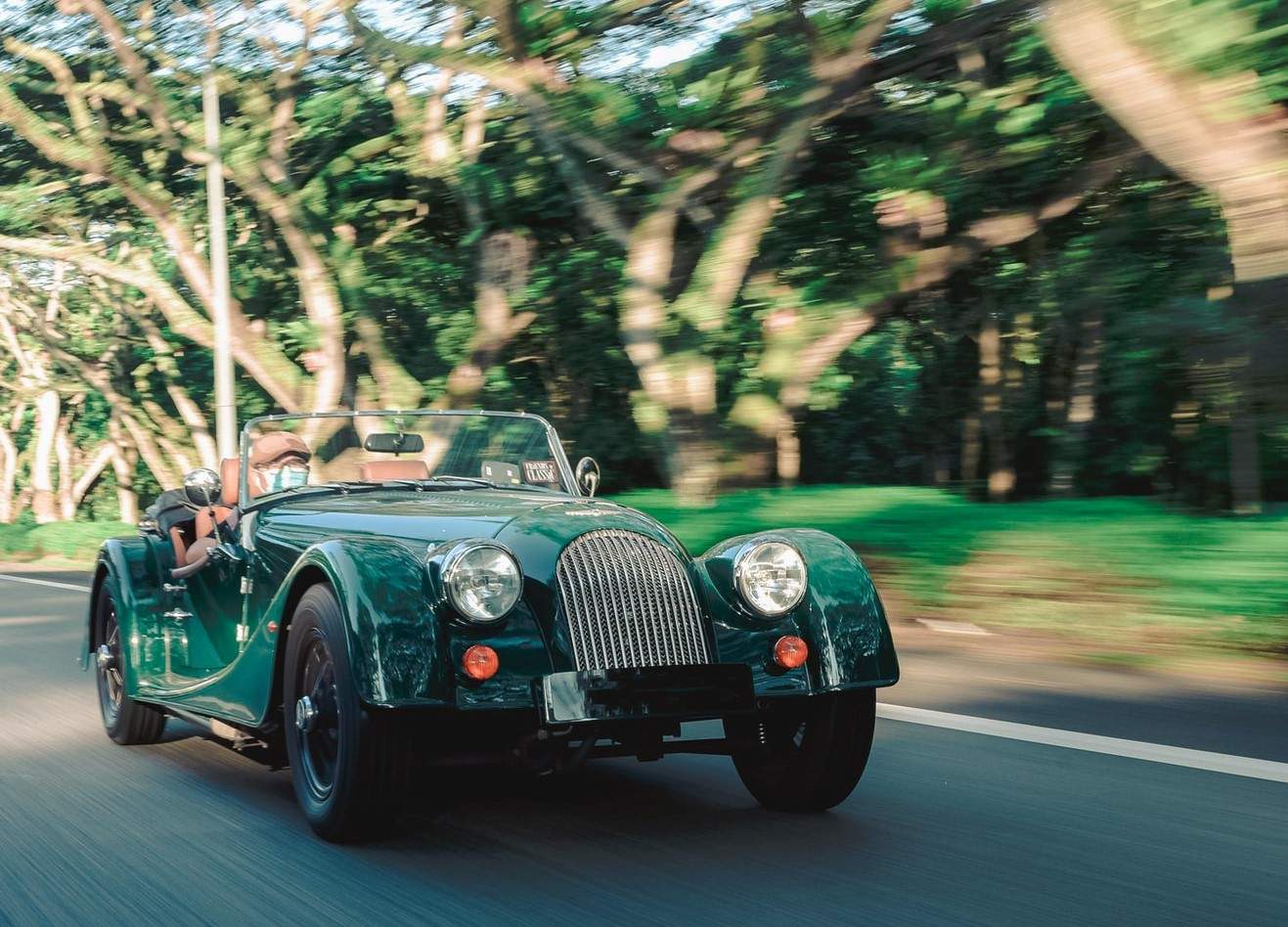 The British sports car that everyone can’t stop talking about no matter how hard you try is the vehicle that we all need to be thinking about getting ourselves. This British car… What is it? Well, we’ll tell you. It’s a Morgan Plus Four CX-T from 2022. It’s what steampunkers wish they would see in a Studio Ghibli film. Likely, the man behind Mad Max would alt it to look like a post-apocalyptic vehicle for certain. The thing about this vehicle is that it gives off a very “adventure car” vibe.

Unless you live under a rock, you know the Morgan Motor Company has been a British sports car establishment since 1909

This vintage vehicle has been around since early on. The Ancestor of the Plus Four is the 4-4. Such a classy vehicle at the time, it was made public in 1936. Therefore, the 4-4 had plenty of vintage underpinnings. Such as a leaf-springing rear-axle and the 110-year-aging sliding pillar front suspension design.

The Plus Four has the capacity to move at about zero to sixty miles per hour in only five-point-one seconds. The top speed itself reaches about 149. (Go from the six-speed manual to the eight-speed auto transmission and it’s a quicker ride).

This vehicle weighs in at 2,250 lbs. Not to mention, it also moves with 255-horsepower.

Given the suspension, the Plus Four from Morgan raises above the ground anywhere from four-point-seven inches to nine-point-six inches. Beyond that, all is shielded from a five-piece protection system, with an engine guard, a midsection shield, and a rear undertray. If you want to get specific, the CX-T comes complete with a BMW xDrive limited-slip differential. (Thanks to the X6 M, it’s got plenty of support in a dash).

If the new Morgan is calling to you, then get it home safely with Raleigh Auto Transport. Our enclosed auto transport service is perfect for keeping a sports car safe!