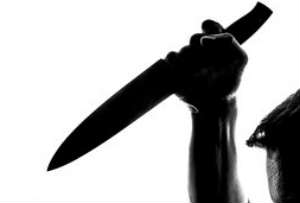 RALEIGH, NC – A police investigation has ensued in Raleigh after a fatal stabbing that occurred Wednesday morning. According to a news release, the man stabbed was found at just before 2:30 a.m.

The man, identified as Terrell Boyette, was forty-seven years old. And police found him when they responded to a call in the area of the 1500 block of Tivoli Court. The area is close to Capital Boulevard and northeast of the downtown. After finding him, emergency medical personnel transported Boyette to WakeMed. Unfortunately, he did not survive the injuries and died there.

Then, the police released a photo of Boyette’s boyfriend. They have identified him as Marcus Ni-Keith Jerkins. As a result of the stabbing, police investigation has brought his name up as a suspect. Apparently, Jerkins was Boyette’s boyfriend. Therefore, the incident is being looked at as a possible domestic violence related case.

If so, this adds to the high number of domestic violence and abuse that already exists throughout the country. According to the North Carolina Coalition Against Domestic Violence, almost twenty people per minute face physical abuse from a partner in the United States. Therefore, in one year alone, more than 10 million people suffer from this.

In terms of murder rates, luckily, North Carolina is lower on the list of averages. According to a study, in 2017 there were about 5.78 murders in the city of Raleigh. The five-year average for the city was calculated at 4.11. Cities like Greensboro and Charlotte have numbers that are a bit higher.

The murder of Boyette, however, is still undergoing investigation. Hopefully police will determine whether or not his boyfriend was the perpetrator.