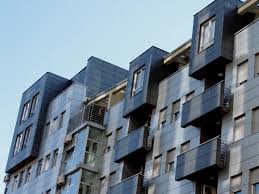 In an event sponsored by Bank of America, Raleigh Mayor Mary Ann Baldwin met with local business owners to discuss issues of affordable housing and availability.

With an influx of new residents, Raleigh is one of the fastest-growing areas in the country. However, that flood of new residents poses a serious housing issue. Mayor Baldwin sought to address the affordable housing problem in a meeting Tuesday night. Raleigh’s Chamber of Commerce collected the area’s prominent business owners in a summit to brainstorm solutions.

Developers and professors spoke to the gathered crowd offering answers.

However, she also recognized the necessity of funds for any provided solution to achieve affordable housing and its availability. She noted the lack of supply in the housing market.

It’s a complaint echoed across the country, as urban centers face individual housing crises. Since the Great Recession, construction slowed, and supply dwindled. Now, as more and more move into cities, a lack of available units drives prices up.

Raleigh joins the ranks of US cities faced with today’s preeminent urban issue: a dearth of affordable housing.