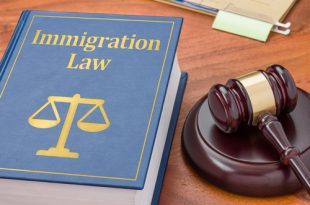 WILMINGTON, North Carolina — Nineteen nationals from foreign countries allegedly voted in the 2016 elections facing federal voting fraud charges Friday. The 20th voter was charged with aiding and abetting one of the 19, falsely claimed US citizenship in order to be able to vote.

The cities that the 19 voters came from including the Dominican Republic, Nigeria, Panama, Mexico, Grenada, Guyana, Japan, El Salvador, Italy, Haiti, Germany and Poland. Their ages range from 26 to 71.

Nine of the nationals were charged with making a false claim of citizenship and 8 of them charged with “voting by an alien.”

One of the voters from the Dominican Republic was charged on August 14, pleaded guilty to 2 counts of passport fraud. The voter, known as Ramon Esteban Paez-Jerez voted in Wake County in 2016, no other information about the locations of the other voters.

The cases are being investigated by a new project, Document and Benefit Fraud Task Force, in North Carolina.

The North Carolina General Assembly has voted to place a proposed constitutional amendment on the vote this November. It will require the voters to present a photo ID.