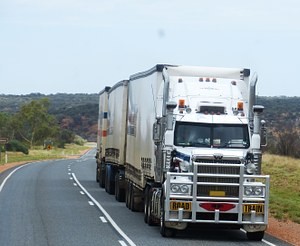 It’s stunning how much of the freight being moved between the U.S. and Mexico and Canada is Transported via trucks. In fact, trans-border freight totaled $107.2 billion in March. That’s a whole lot of freight. And of that amount, 63 percent was shipped by way of trucks. This information is according to the U.S. Department of Transportation’s Bureau of Transportation Statistics.

Here’s how it breaks down. Trucks ended up carrying $67.4 billion of the freight in the United States in March 2019. On top of that, they remained the most active mode for shipping goods to and from both Canada and Mexico. This fact speaks to ongoing importance of truck usage for delivery in this country.  Trains, airplanes, ships and pipelines accounted for the rest of North American Free Trade Agreement freight movement.

The current United States-Mexico-Canada Agreement (USMCA) is the culmination of President Donald Trump’s effort to modernize NAFTA. The previous agreement had been in place since 1994. The USMCA agreement was actually signed in late 2018 but is waiting to be ratified by the legislatures of each country.

And, as of last week, President Trump’s five percent tariffs are no longer a looming possibility. Subsequently, Mexico’s current president said he anticipates ratifying the USMCA trade agreement before the week is out. In fact, Mexican President Andres Manuel Lopez Obrado said Mexico’s Senate would initiate a special session some time this week. During it, the first order of business would be to ratify this landmark new agreement.

The ratification process would also include the updating of country of origin rules, labor provisions, U.S farmers receiving access to Canadian dairy markets, and intellectual property as well as digital trade laws.

As it stands, the freight transfer between Mexico and the U.S. increased by around 3 percent in March. The value of that freight is estimated to be about $36.4 billion. Now, to break down that even further, the contents of the freight was mostly computer and computer parts. Also, vehicles and auto parts comprised a chunk of the freight.

The amount of freight traveling between the U.S. and Canada actually dipped in march by 0.4 percent. Nevertheless, it still accounted for 57.2 percent of the exchange of goods between Canada and the U.S.

All in all, the statistics show what a devastating impact the tariffs on Mexico would have been. After all, freight is largely moved by trucks between our borders. In fact, March marked the first time trans-border freight between the countries exceeded $100 billion.

What do you all think? With truck freight so important between our countries, wasn’t avoiding the tariff’s critical?